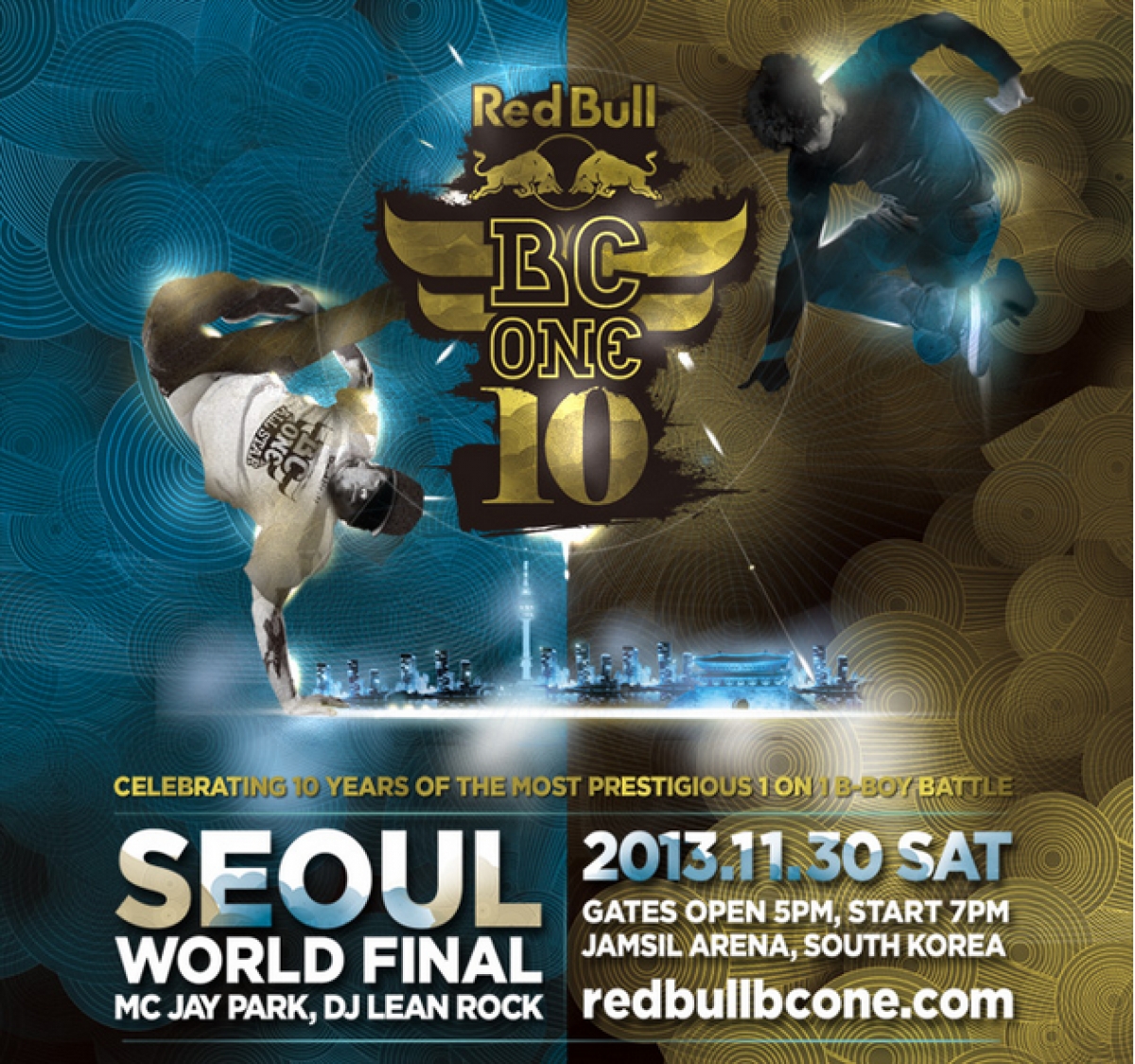 Info:
This year marks the 10-Year Anniversary of Red Bull BC One, where the World Final will head to Seoul, South Korea, home of some of the most innovative breaking today. In celebration of a decade of first-class breaking, all eight previous world champions (including two-time winner Lilou) will return to battle in Seoul.

Be sure to tune into the livestream at redbullbcone.com to catch the action in real time.

Red Bull BC One is the world’s most important one-on-one B-Boy competition in the world. Every year, thousands of dancers from around the world vie for a chance to represent at the World Final. Sixteen B-Boys will earn the right to enter into in an all-out battle on the Red Bull BC One stage, but only one will be crowned the champion.