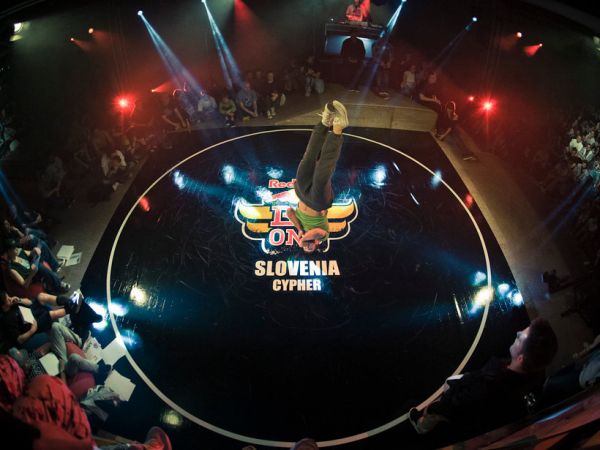 Info:
The Red Bull BC One first took place in 2004 and since then, each year, 16 of the world's best B-Boys compete against each other at this unique event. This year, the opportunity rises again for the Slovenian B-Boys, who will participate in the national qualification, Red Bull BC One Slovenia at the Urban Roof centre. There will be 8 invited competitors (the best from 2012), the other 8 competitors will be determined in pre-rounds at the Puma Social Throwdown.

The 16 B-Boys will compete in 1-on-1 battles and the winner of Red Bull BC One Slovenia Cypher will fly to Ukraine and will compete at the Regional Finals for Eastern Europe in Kiev, for a chance to prove his skills in a battle against B-Boys from all over the world at the Red Bull BC One World Finals in Seoul, South Korea in November.