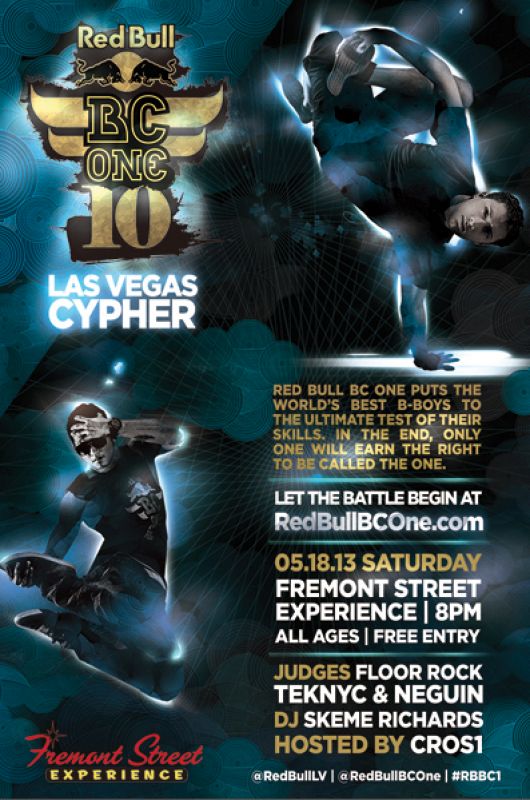 Info:
Winner of these cypher advance to the Red Bull BC One National Finals in Houston on August 17, 2013. The National Champion will be flown to Seoul, Korea to compete against the best of the best in the World Finals this November.

Now in its 10th year, Red Bull BC One has earned the reputation as a showcase for the world’s best b-boys. While many competitions focus on crew battles, Red Bull BC One’s one-on-one, single elimination battle format focuses on talents and strength of the individual dancer.
Date:
May 18, 2013 (14:00) - May 18, 2013 (22:00)