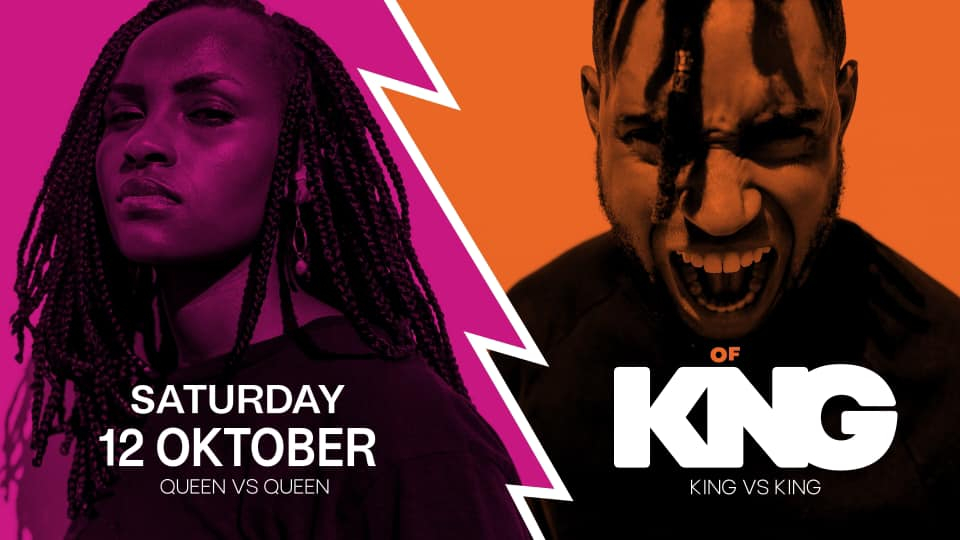 Info:
KING OF KINGS
King & Queens interim championship 2019
there can be only be ONE !

Rules
The dancers will compete for 2 and 3 rounds with each round lasting 1 minute. the Battle can however also be ended within 2 rounds via Knockout.


The Knockout
Lay down a killer run with such an exceptional blow up that your opponent can’t beat, and the jury may vote for a knockout, meaning you immediately
win the battle/round by ‘Knock out


King of Kings
This battle system is made for nonstop action so apply now, kill it, be crowned the new ‘King of Kings & Queen of Queens and go home with your victory belt as the newest, dopest champion of Europe!