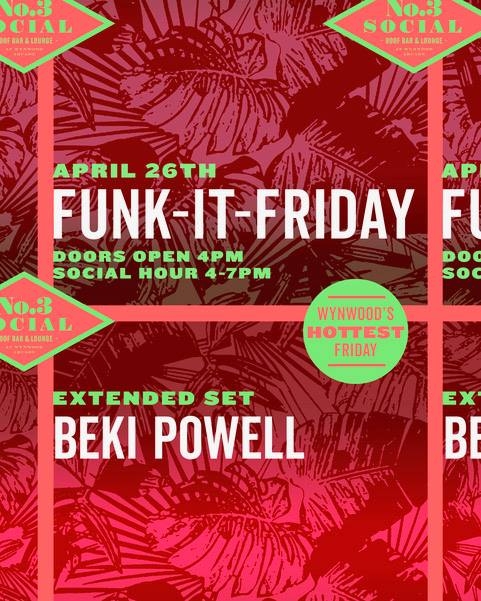 Info:
Jellybean Benitez, also known as Jellybean, is a songwriter, DJ, remixer and music producer . He has produced and remixed artists such as Madonna, Whitney Houston, Michael Jackson and the Pointer Sisters. In December 2016, Billboard magazine ranked him as the 99th most successful dance artist of all-time.

WHEN: Sunday, May 26th Doors open at 8 PM Music until 2AM

(We usually arrive to dance around 11PM)
Program:
WHERE: No. 3 Social
50 Northwest 24th Street
10pm to midnights (select spirits)