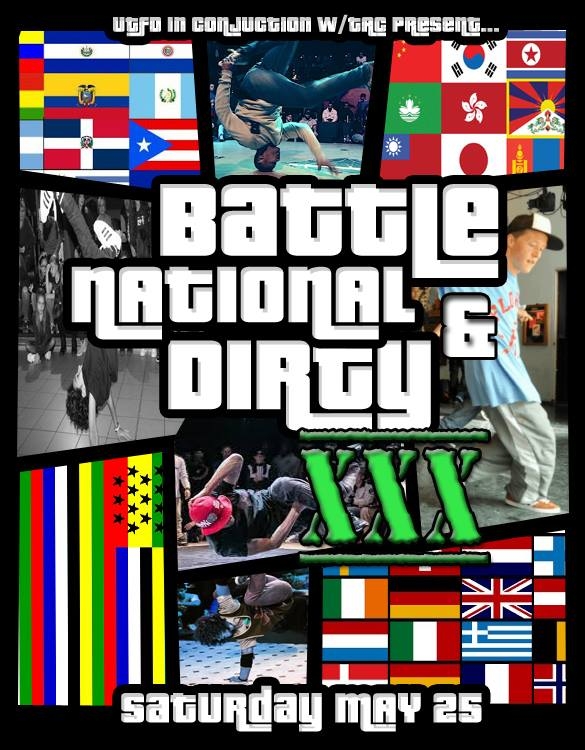 Its That Time Again to address the Elephant in the Room!

Inspired by IBE’s ALL BATTLE ALL, UTFD in conjunction w/ TAC brings the ultimate 4 team Expo Battles.
All prepared to represent their Motherland. No Person limit. Open to Anyone who paid to enter can

Each battle will go for 12 mins. One individual representing each team will be crowned as the MVP

Break boy/girl and rewarded cash prize at the end of the night.

This format is dedicated to bboys/bgirls who have been involved with our dance for over a decade. (Must have been Born 1989 and below) Dedicated to those that have been honored with the title
“Ambassadors” and have committed their time energy and funds to their local community.

Top 8 competitors will be offer either 1 beer or 1 shot to toast to their age before battle.