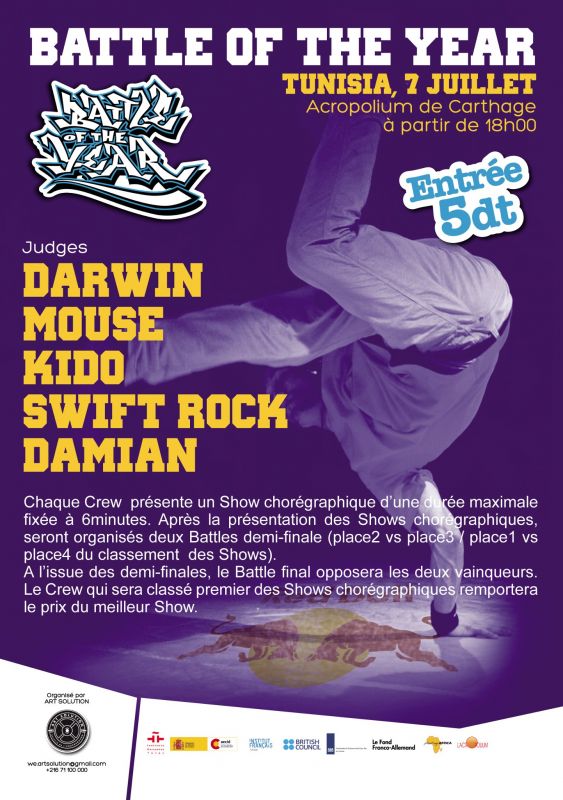 Info:
THE BIGGEST EVENT IN TUNISIA
BATTLE OF THE YEAR TUNISIA AND BARREKA BATTLE

TUNISIA BOTY 2012 will take place over three days : GRAFFITI, workshops, Cyphers, after partys
It is an opportunity for tunisian artists to show their talents the winner crew of BOTY, goes to compete at montplier france for the finals !!
The only motto: May the best win!

- Program:
Day 1: July 7: shows of crews and battle of the year tunisia

The show of crews
4 Crews will qualify for the battles.
Beatbox
Semi Finals & Final
Awards and party

2vs2 International Contest & After Party with :

Dj One Up (France)
Dj Gamra