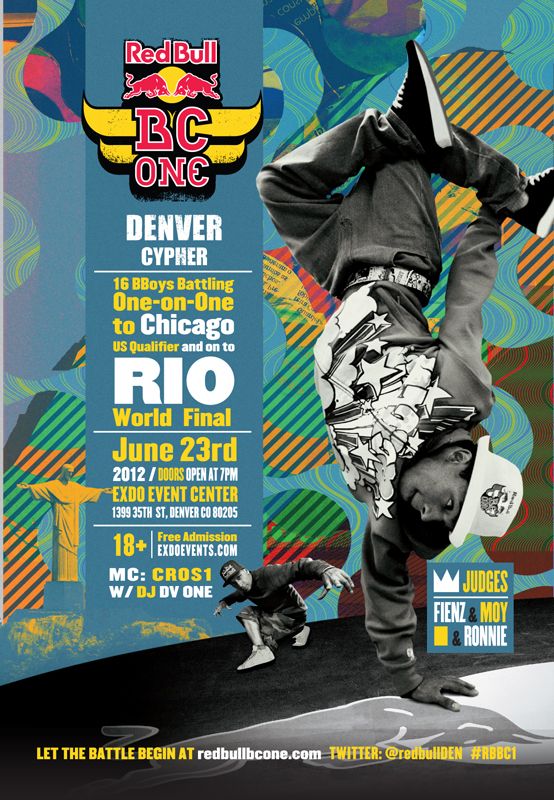 Info:
Red Bull BC One - Denver Cypher - National preliminary event. The winners proceed to the Qualifiers.

Red Bull BC One info:
1. Cyphers: National preliminary events. The winners proceed to the Qualifiers.
2. Qualifiers: Regional events where the winners of the cyphers from several countries battle each other for a place in the final.
3. Finals: The winners of the 6 Qualifiers, the officiating champion and 9 nominated B-Boys battle for the title of world champion

In 2012 we expect to have around 50 cyphers all over the world!
16 B-Boys will be invited to these cyphers by Red Bull, who work closely together with the scene heads in the respective countries to figure out who are the worthiest B-Boys for the competitions.

But even if you won’t be selected to battle in your national Red Bull BC One Cypher, you will still have the chance to participate by coming out to the event to cheer on your local heroes.

The winners of the national Cyphers will then go on to battle in 6 regional Red Bull BC One Qualifiers. These Qualifiers will be held in Eqypt (for Middle East & Africa), Holland (for Western Europe), Russia (for East Europe), Mexico (for Latin America), New Zealand (for Asia & Oceania), and the USA.